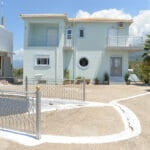 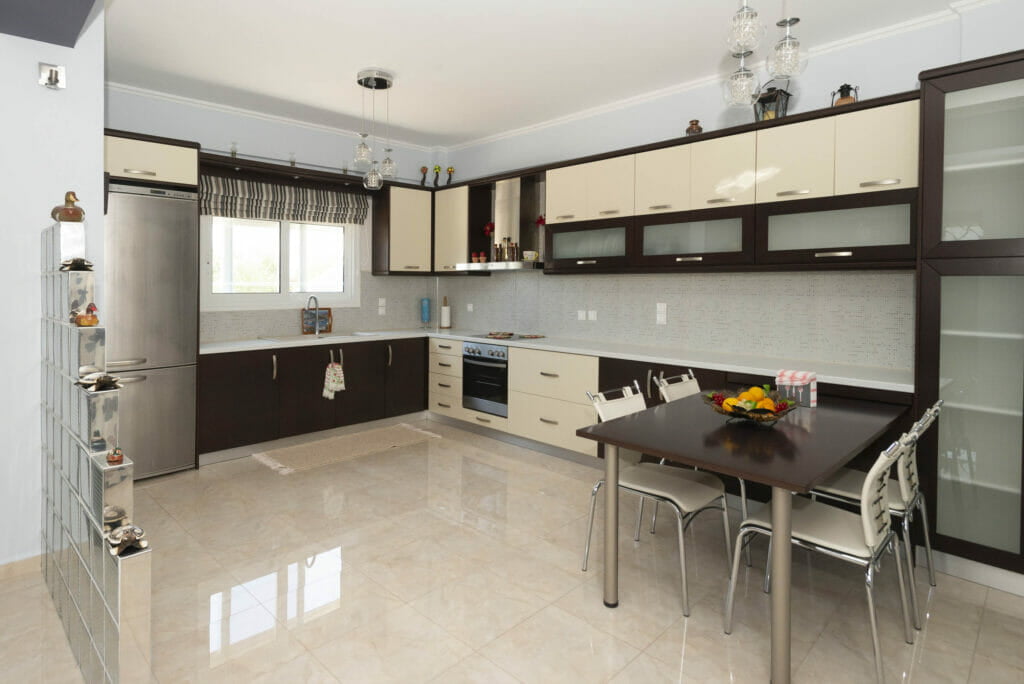 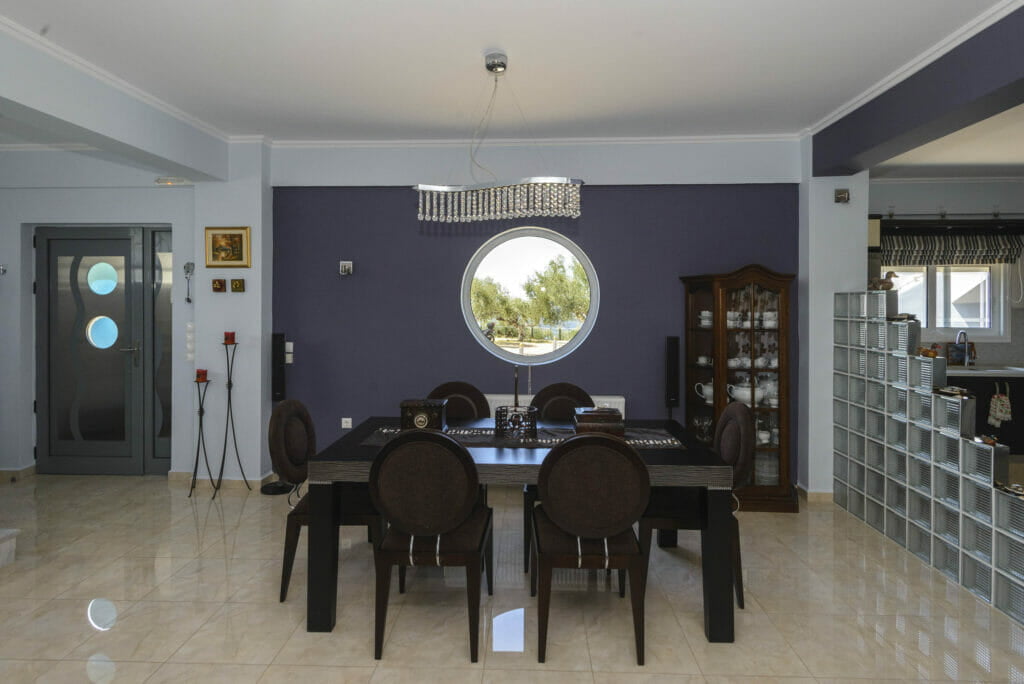 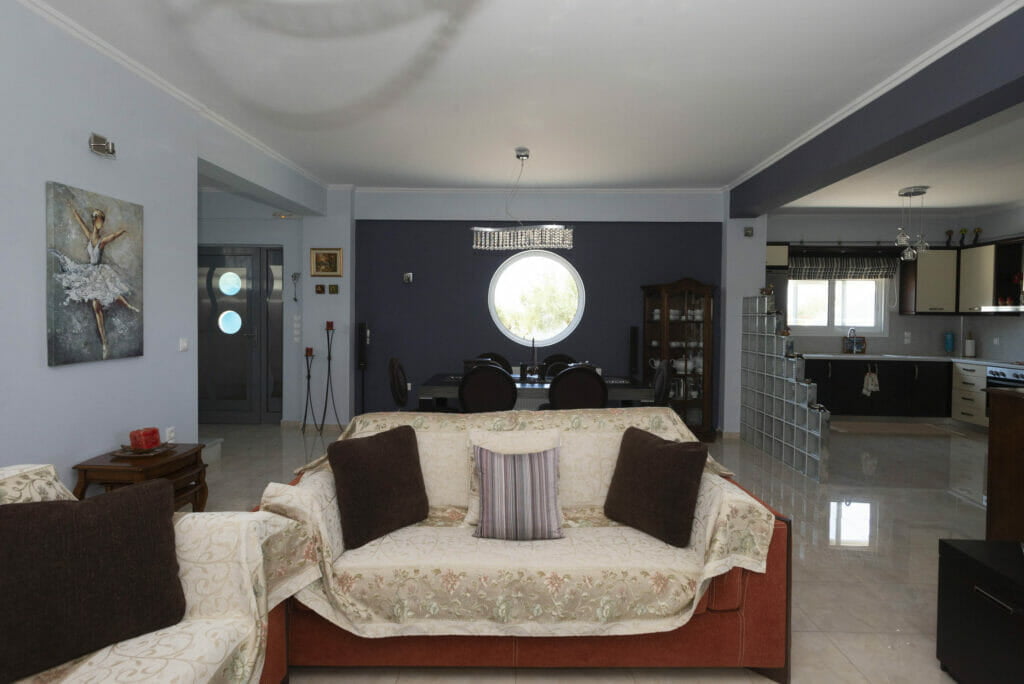 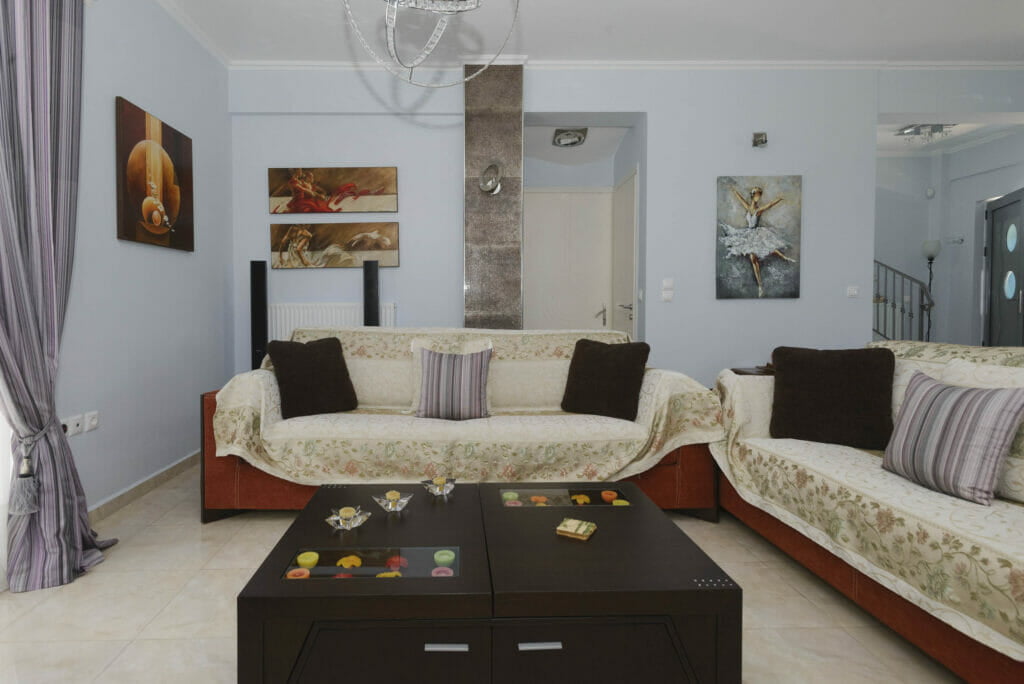 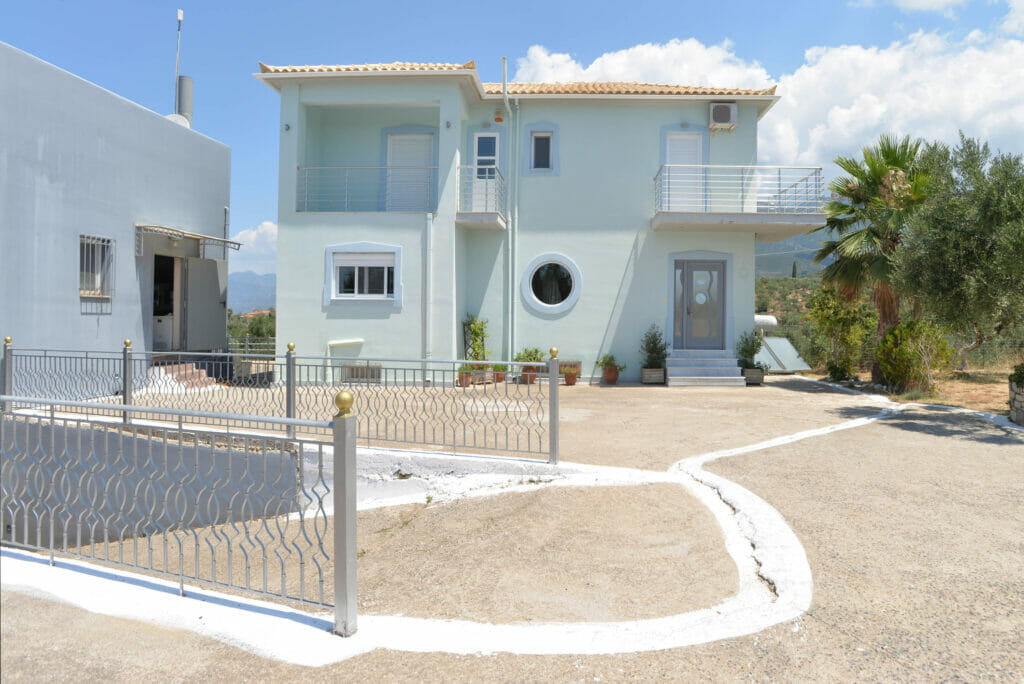 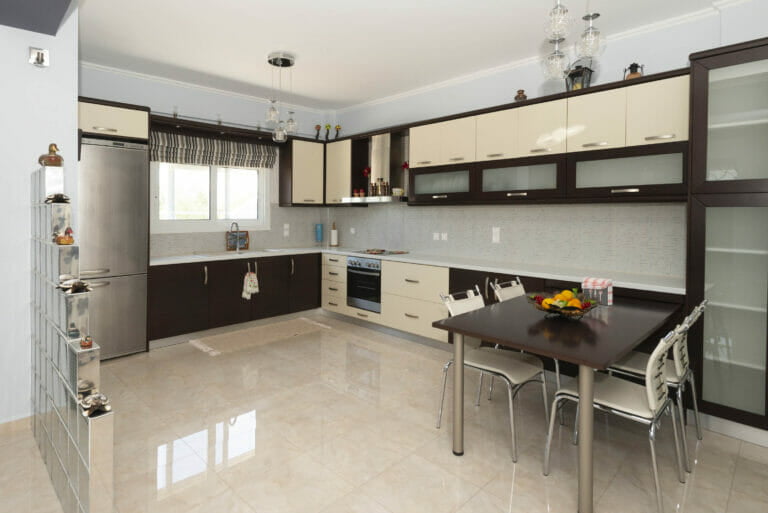 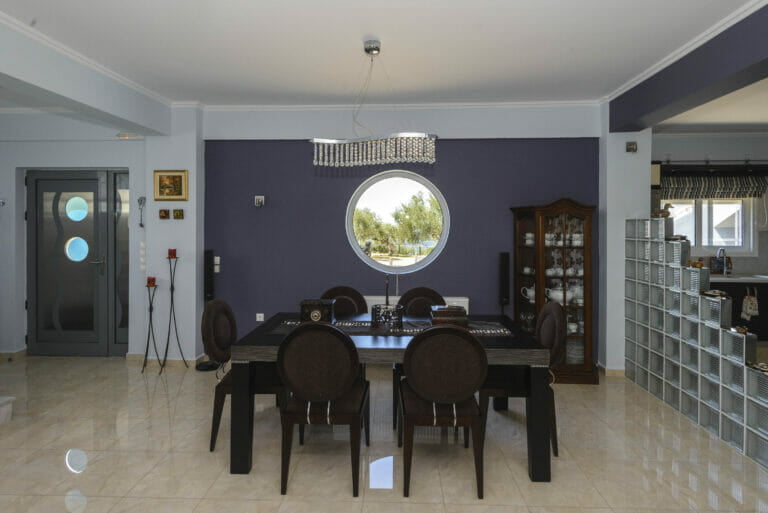 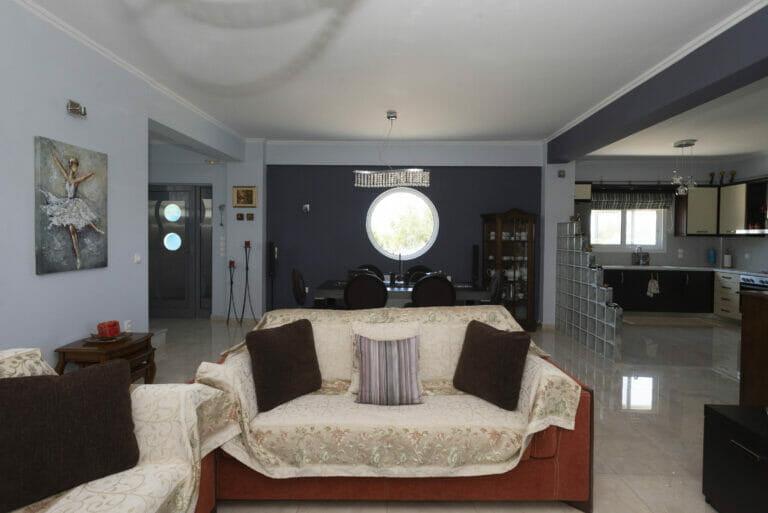 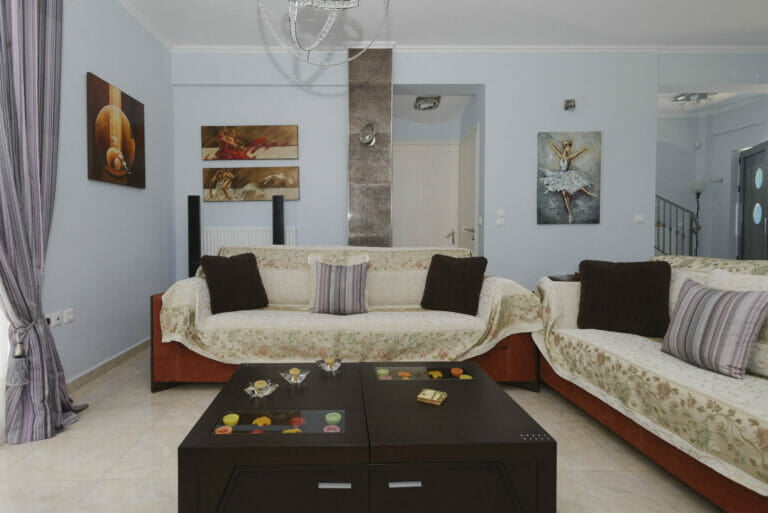 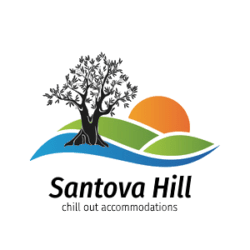 ‘Santova Hill Mansion’ is a three-story house which consists of two apartments internally connected. The two upper floors are the house part that the owners had intended to live in themselves, but then moved to the city as the children had to be closer to school. It has been furnished and decorated in an exclusive way. Living room, Kitchen and one small bathroom being on the ground floor while three bedrooms and the big bathroom are on the top floor. There are windows to all four directions and all bedrooms have their own balcony. Out of each bed one can see the sea through the window.

Then there is the semi – basement part which is a two-bedroom, one-bathroom apartment decorated and furnished with guests in mind. It has an even access to its ‘private’ part of the garden in front of it.
The rooms are comfortably large, and consist of two bedrooms with queen size beds, a shower – bathroom, a fully functional kitchen and connecting all that a spacious living room.
The two apartments are connected through an internal stair, which be separated by a door.

Santova Hill is – as the name suggest – at the top of the hill (123m over sea) overlooking the coast of Santova which is so to say the golden beach of Kalamata.

The building stands here alone amidst an olive grove about 2km from the Santova Beach, with only the restaurant next to it.
From up here one has unrestricted view over the Messinian Bay to the west, the opening to the Ionian Sea and the peninsula of Mani to the south, the Messinian Valley and the city of Kalamata to the north and the Mountains of Taygetos to the east.

You will have the whole house to yourself, as you will have a little part of the garden in front of the lower level floor door. You will possibly share the rest of the huge outside area with guests from the restaurant (mainly in the summer and weekends).
This house can also be separated into two apartments which can be rented independently. You will find them on the list of our other apartments.

Other things to know about the ‘Mansion’

Your stay is next to a restaurant run by the owner. In the summer weekends sometimes, there are festivities going on (which apart from interesting can also be loud). On weekdays specially in wintertime, the restaurant is closed, and the place gets to be ‘remote’. Depending on your time of travel and your need for a vivid or tranquil stay, we suggest that you get in touch with your hosts, who can inform you in about expected level of liveliness during your stay.

Book here with us directly …

… or
You can also book this beautiful apartment on 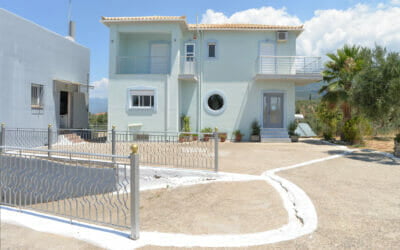 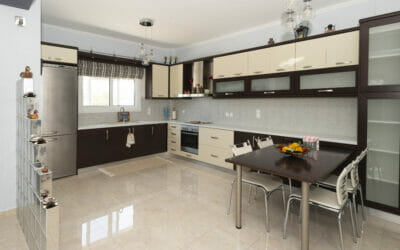 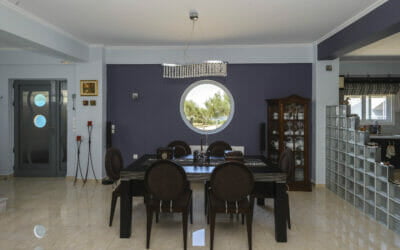 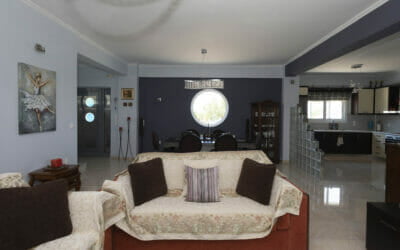 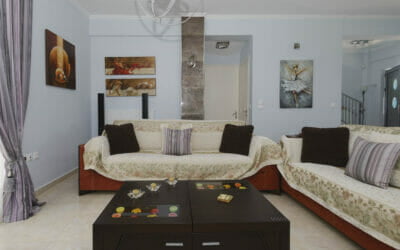 Floor plan will be available soon

Kalamata Top Rooms
3 guests
LEO
Nicely done little penthouse on Kalamatas seafront with great terrace granting alluring views over ...
No data
geokon
About us
Kalamata Top Rooms is dedicated to hospitality. We offer to the visitors of the Kalamata region beautiful experiences and accommodations of the highest quality and at best locations.
For hosts